An endangered gem of lush greenery in Abidjan, Ivory Coast’s economic hub, is at the center of government efforts to promote ecotourism. Those who live and work there worry about what it means for them. 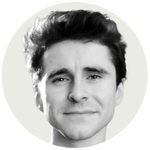 ABIDJAN, Ivory Coast — The clangs of the men’s chisels and hammers were deafening as they dismantled a rusty truck, the din only fading as it reached the dense forest encircling them.

The mechanics were working in the biggest junkyard in Ivory Coast, where the skeletons of thousands of disused vans, buses and taxis spread out endlessly and engine oil soaked into the muddy soil.

But they were also working inside the confines of Banco National Park, one of the world’s last primary rainforests to survive within a major metropolis. The park is an endangered gem of lush greenery in the busy economic hub of Abidjan, an oasis that the Ivorian authorities are trying to revitalize, despite all of the environmental threats it faces.

After losing around 85 percent of its forest cover over the past 60 years, Ivory Coast has vowed to protect what remains, and to reforest as much as it can.

In Abidjan, a metropolitan area of some 5.5 million people, the authorities have turned Banco National Park — 10 times as large as Central Park in New York — into a poster child of their conservation efforts, wooing Ivorians who have long avoided biking and hiking expeditions there as part of a nascent ecotourism plan.

But in doing so, the authorities have pitted conservationists against residents of nearby neighborhoods whose ancestors once owned the land — and against the informal workers operating in the protected area. Both of these groups said they recognized that the forest needed to be protected but felt excluded by the government’s approach.

“We’re asked to protect the forest and leave, but without receiving land to settle in,” said Amara Camara, a mechanic who sat at the entrance of the truck graveyard on a recent afternoon, a park ranger on the wooden bench beside him. “So where do we go?”

The ranger, Lt. Kodjo Casimir Aman — who is the park’s head of security tasked with protecting it against informal workers and poachers — pointed out that people were just one of his problems, and a more movable one.

“Even if we kick you out,” he told Mr. Camara, “where are we going to put all these wrecks?”

But unregulated urban expansion and illegal activities like the vehicle graveyard have steadily infringed upon the park. Landfills are contaminating its springs, and poachers are endangering the pangolins, chimpanzees and other species populating it.

A wall will soon encircle Banco park, making it more appealing for some, and less accessible for others: Any entry outside the main entrance, where it costs 1,000 CFA for Ivorian and most West African visitors, or $1.60, is illegal. International visitors pay about $7.75.

There was a time, however, when nearby residents would let their cattle graze freely by the forest, or grow crops of coffee, cocoa, cassava and maize inside it. Children would swim and fish in its ponds, and boys would go into the forest for initiation ceremonies.

In the neighboring Agban-Village commune, a highway now separates houses from the forest that residents said belonged to their ancestors. Parts of their neighborhood have been requisitioned to build a bus station, others for a subway line. The local cemetery no longer exists.

Rodrigue Djro, the local leader, said the authorities were grabbing land without letting area residents expand into the park.

“We’re making this sacrifice for the common good,” Mr. Djro said. “What do we get in return?”

Gen. Adama Tondossama, the head of the national parks and reserves office, said the state had owned the land for decades. The local authorities have promised to hire young people from surrounding neighborhoods as guides and park employees, although General Tondossama acknowledged that tourism revenues would most likely be limited until the park developed more activities.

“We need domestic visitors,” he said.

For decades, the Banco park has both fascinated and scared Ivorians.

It is surrounded by working-class communes that were involved in the civil war in 2010 and 2011 that killed more than 3,000 people. During an earlier political crisis in 2000, dozens of bodies were discovered on the park’s edge.

The park now welcomes visitors with a sign promising “guaranteed safety.” On weekends, hundreds come to breathe some fresh air, discover fish farming in one of the many ponds dotting the park, or ride mountain bikes on its paths.

“There were legends of bandits and spirits haunting the park,” said Amira Amian, 22, a law student who biked there with a friend for the first time on a recent Saturday. Snapping selfies, she added, “Now, it’s quite cool to discover our forests and the benefits of nature.”

Children living nearby look at the park’s potential for fun with longing eyes, but most do not venture inside, instead playing hide and seek and elastics (a game combining elements of hopscotch and jump rope) on the sandy alleys leading to it. Teenagers and young adults brave enough to go inside risk being detained by patrolling rangers like Lieutenant Aman.

Many still think it is worth it. They hide on the forest’s edge to smoke marijuana, or set traps to capture guinea fowl, which they sell to local restaurants. They scavenge for guavas and berries, or banana leaves on which fermented cassava is served.

“It belongs to us, too,” said Ahmed Akhadri, 23, who said his father had once given him a turtle from a hunting expedition in the park.

But some actions by those who live near the park are more environmentally damaging: Residents chop down trees for firewood, and dozens of men wash clothes in a pond linked to the forest, contaminating some of its streams with soap and dye.

Still, local residents are not the only ones degrading the park. The authorities bear responsibility, too. A high-voltage power line built decades ago cut the northeastern part of the park, and mechanics settled in the cleared area underneath. Alongside the newly erected wall, a 20-yard-wide strip of forest was recently razed for a road.

Nahounou Daleba, an activist for JVE Côte D’Ivoire, an environmental group based in Abidjan, said the authorities were eating away at the park without acknowledging the effect of their own actions on its biodiversity.

“We can’t even plant a seed in the forest,” he said, “but they just destroyed parts of it without accountability.”

On a hill overlooking the forest on a recent afternoon, Lieutenant Aman parked his motorcycle and scanned the park, spotting a woman picking leaves illegally on its edge. His gaze moved to two children dumping waste into a stream snaking into the forest.

“We can’t prevent everyone from interacting with the forest,” he said. Lieutenant Aman included himself in that statement: He gets his car repaired at the junkyard in the park.

Mr. Camara, the mechanic and a single father of a 16-year-old boy, said he was ready to leave if given the opportunity to relocate. He said the reforestation of the park was one of his dreams. But he added, “Right now we’re focusing on how to live.”